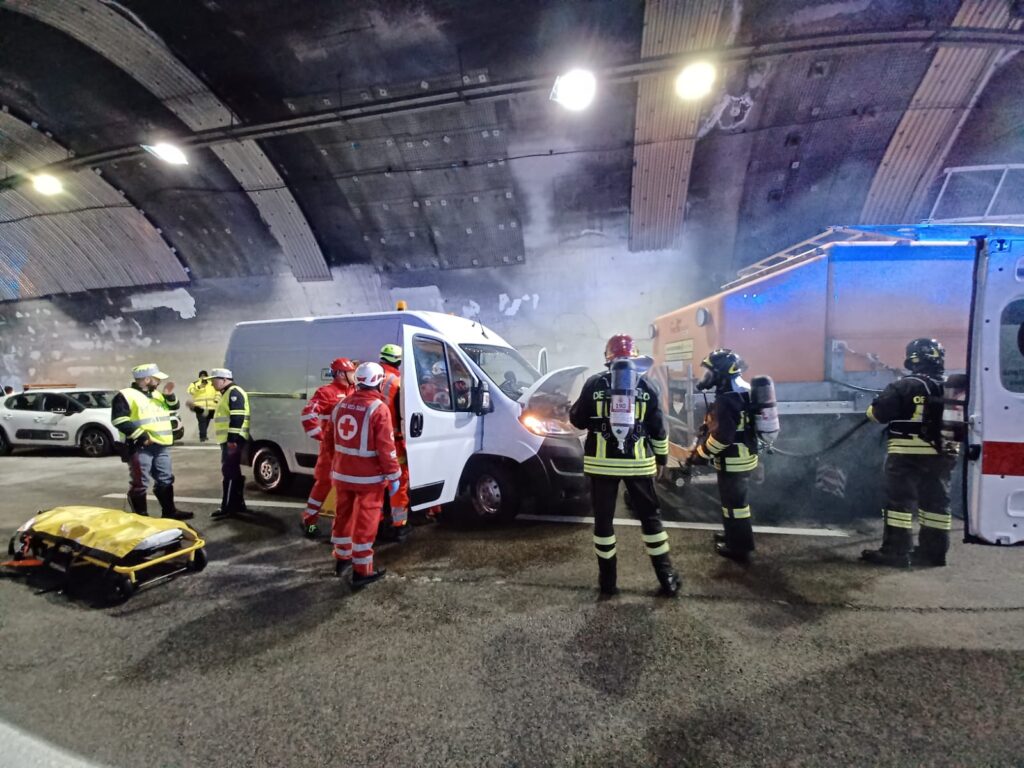 A14 motorway: accident in tunnel, but it’s an exercise

50 rescuers and more than 30 vehicles for the A14 motorway tunnel accident: the exercise that managers must do by law

L’accident on the A14 motorway Bologna – Taranto required dozens of men, including the police, the fire brigade, the 118 and the Autostrade per l’Italia. But luckily it was about an exercise that managers are required to carry out imposed by safety standards in motorway tunnels. Here’s how it went.

The safety of tunnels in the trans-European road network is subject to Directive 2004/54/EC which in Italy has been implemented by Legislative Decree 264/2006. Among the various provisions concerning motorway tunnels, the decree also establishes rules on emergency management audit. With reference to the missions of the safety manager appointed by the motorway operator for each tunnel, art. 6 Paragraph 3d specifies that the Manager: “verifies that the operating personnel and the emergency services are trained and participates in the organization of exercises carried out at regular intervals not exceeding one year”.

MANDATORY SAFETY DRILLS IN THE TUNNEL: THE STANDARD IN ITALY

L’exercise, provided for by Legislative Decree 264/2006, which ASPI reports in a press release, took place on Friday morning with the coordination of the Prefecture of Pescara. The activities concerned transversally the Road Police and the whole of the emergency machine which intervenes in the event of a road accident. Traffic police, fire brigade, 118 and Autostrade for Italy, they carried out a coordinated intervention exercise inside the Cappelle tunnel on the section of the A14 motorway between Pescara Nord and Pescara Ovest. The test was carried out simulate a traffic accident which involved a rear-end collision between a heavy goods vehicle and a van, resulting in two injuries in code red. During periodic exercises, the tripping time must be measured rescue in the event of an accident in the tunnel, a time which must be as short as possible and which can also be measured in the event of an accident.

ACCIDENT DRILLING IN THE A14 TUNNEL

Autostrade reports that “the accident drill in the A14 tunnel it involved more than 50 workers and more than 30 vehicles among those of the relief organizations and the management of the Pescara section of Autostrade per l’Italia”. As required by law, this exercise makes it possible to check the effectiveness of the tunnel’s emergency management plan in order to optimize the intervention response of the various operating teams. “The scenario was made more critical with the simulation of a first fire, which also required the intervention of firefighters and two ambulances to rescue the injured”. In addition, to test the management of emergencies and the exodus of users in the queue, the traffic police also had to assist a person with a motor disability.

Next articleZtl Milano: in 2023 also in San Siro during the events