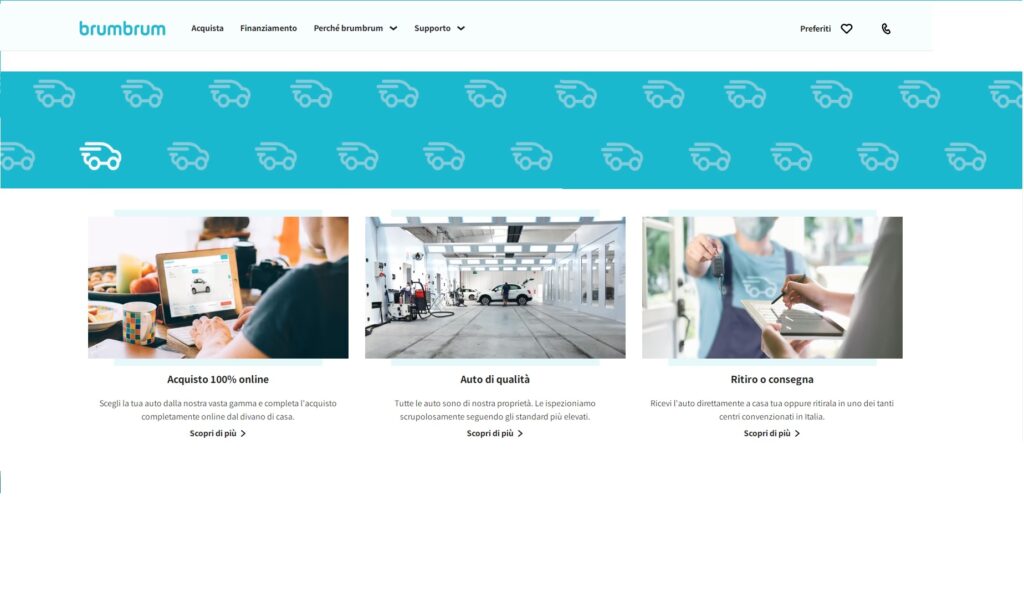 Brumbrum reboot: this is Aramis, the Stellantis-controlled group that rebranded Italian used-car e-commerce

Brumbrum is officially online: reopens used car e-commerce restored in the Reggio Emilia factory. After the Cazoo chapter, Brumbrum’s activities restart with the Aramis group controlled by Stellantis. Here are all the news.

BRUMBRUM, FROM OPERATION CAZOO TO REOPENING WITH STELLANTIS

In January 2022, British company Cazoo acquired Brumbrum, integrating its processes and teams with Italian e-commerce. A few months later, following a strategic review of its international operations, Cazoo announced its withdrawal from mainland Europe to focus on the UK. The exit from the Italian market led to the sale of Brumbrum to the Aramis group in October 2022. Aramis Group of which Stellantide is the majority shareholder, took the opportunity to expand its presence in Italy, market strategic in Europe worth 20 billion euros of annual transactions.

For those who don’t know Brumbrumlaunched in 2016 the first used car e-commerce channel, restored and certified for individuals. We have already told you how used cars are restored by Brumbrum in the factory in Reggio Emilia. The plant covers 50,000 square meters and has the potential to recondition more than 15,000 vehicles per year, according to the company. In its last year of operation, data reported by an official press release, Brumbrum sold around 1,600 used vehicles online with a turnover of around 30 million euros.

ARAMIS (STELLANTIS): WHO IS THE GROUP THAT BUYED BRUMBRUM

With Aramis part of Stellantis, Brumbrum reclaimed the original brand, which had been replaced by Operation Cazoo, and after a few months of reorganization it reopened. Aramis Group operates at European level in the same sector: B2C online used car sales in 6 countries. With an annual turnover of nearly 2 billion euros – data declared by the company – Aramis Group sells more than 90,000 B2C vehicles and has nearly 80 million visitors on all of its digital platforms. The Group employs nearly 2,400 people and has 8 reconditioning centers on an industrial scale in Europe.